The Castle Loučeň is a romantic baroque sight with original interiors

The Castle Loučeň is a romantic baroque sight with original interiors. It is surrounded by a vast English park, which has recently been enriched with one European-wide unique thing - thus a set of 12 labyrinths and mazes. On principal, the castle offers tours with a costumed person, special tours for children or chocolate tours but also picnics in the castle park and competitions and programs during the castle festivals held every first Saturday in the month.

Tours at the castle Loučeň

The Castle Loučeň is an ideal place to have a rest for those who travel to learn something, to have fun but also to find romance. Not an ordinary guide will show you round the castle chambers but a costumed valet of His Highness, as the case may be the prince himself or the princess herself. Thus you will learn to know not tedious facts full of boring years and names saying nothing but attractive stories from the life at the castle approximately hundred years ago. Besides standard costumed tours we offer also experiences of the tours you can't enjoy anywhere else: you can learn to know the aesthetically impressive historical castle interiors e.g. during a chocolate tour, a mysterious tour with the White Lady or you can walk through the castle from the ground floor literally up to the roof when ordering the large tour. If you want mainly your little darlings to have an unforgettable experience of the trip to the castle, then arrange for such timing of your trip to be able to take part with them in the tour for children which is convenient already for three-year-old trippers.

When the valet sees you to the exit, you shouldn't miss the labyrintarium in the castle park for sure. A set of completely different garden labyrinths and mazes is a great attraction, which distinguishes us from the other European castles and châteaux.

Romantics pay their attention above all to the castle park and its exotic wood species, among which especially the protected American tulipwood stands out. This tree originates from the North America and the Loučeň tree is approximately 170 years old and always at the turn of May and June it is covered with beautiful deep yellow blossoms. A picnic under hundred-year-old beeches or a romantic hollow, still sturdy oak tree of a poplar-like growth tastes especially deliciously - you can buy picnic baskets full of delicious food over our e-shop. And moreover, we will lend you a blanket. And if you yourself belong to the romantics, you might stay even overnight and make use of the fairy tale comfort of the half-timbered Prince Alexander’s House where nobody will disturb you or of the period suites directly in the castle building, as the case may be of the Castle Hotel Maxmilián in the former manorial (clerical) house.

Every first Saturday in the month we prepare for you great castle festivals.

We wish you a nice tour of the Castle Loučeň. And we hope you will not stick only to the virtual one.... Our castle is open 12 months a year!

Prominent visitors to the Castle Loučeň

During its history, the Castle Loučeň was visited by a number of prominent guests - the Austrian Emperor and Napoleon's big enemy, Franz I, the American writer Mark Twain, the German poet Rainer Maria Rilke, the Czech national composer Bedřich Smetana, the successful English jockey and the triple winner of Velká Pardubická Steeplechase Richard Fletcher, or on behalf of all famous women Alice Masaryková, the well-known charity supporter and the daughter of the President Tomáš Garrique Masaryk. We will really appreciate if the list of the castle guests will contain also your name or the name of your close relatives or friends. 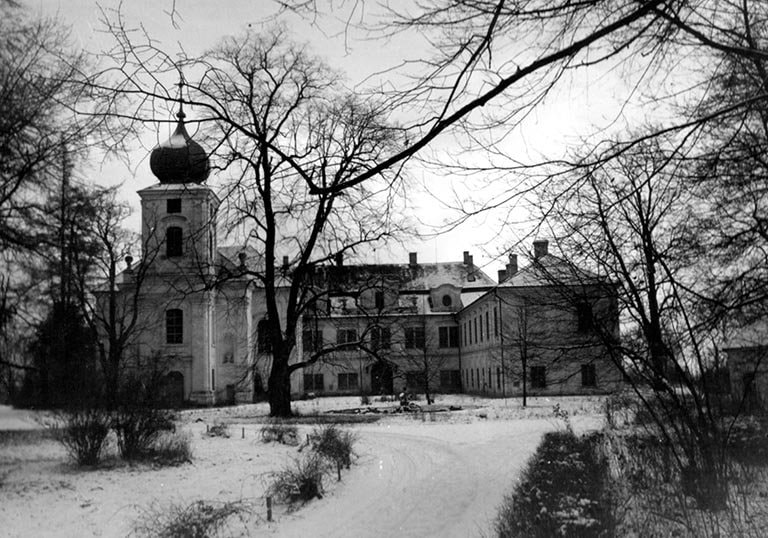 History of the Castle Loučeň

In the Middle Ages and early modern times not very famous or significant names of the owners took turns at Loučeň. The Thirty Years' War meant a principal change for the history of the manor. At that time, to be specific in 1623, the Wallensteins came to Loučeň. Since then Loučeň has not been sold, which shows its value indirectly. 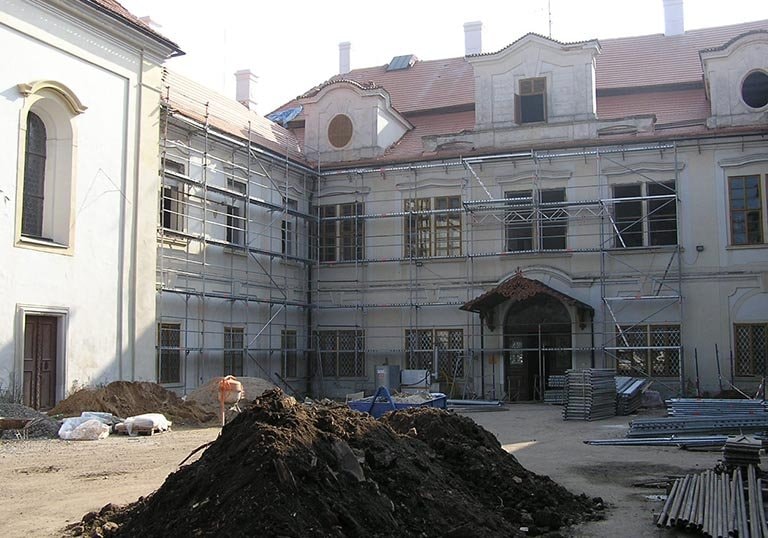 Restoration of the Castle Loučeň

The present owner, joint-stock company Loučeň, started a large restoration project after having purchased the castle in 2000. A part of it was also overall renewal of the castle grounds – thus not only of the castle itself but also of the valuable English park surrounding it. In addition to that, reconstruction of the hotel in the lower, border part of the castle park was carried out. 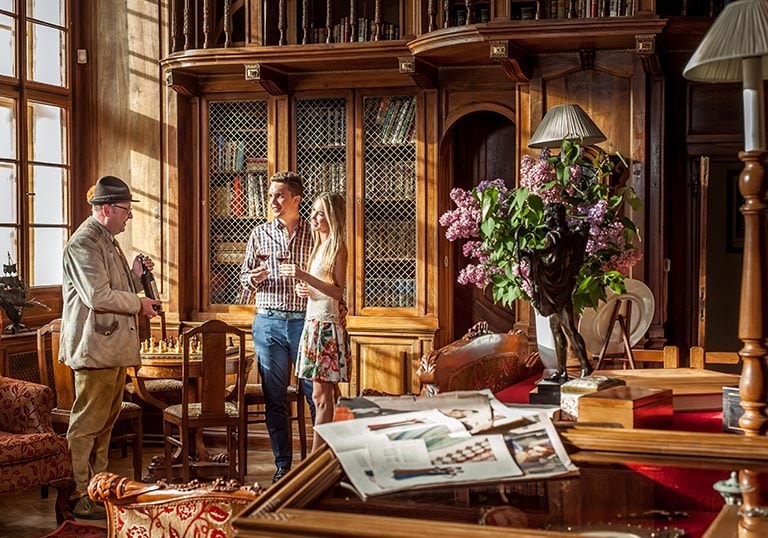 In the same way as in case of the labyrinths in the castle park, the first visitors also saw the castle exposition on the magic date of 07.07.2007. Everybody who has prepared the castle exposition and who has been improving it still further believes that an extraordinarily strong constellation of the number seven in this date will enchant your senses also any time later and that you will take back with you a remarkable experience both from the Castle Loučeň as well as from the castle park.